As a Chapter Closes... Another Chapter begins!

Wow! These last two weeks have been a blur, but a very good blur! The babes are just so much fun!
The Process was fairly straight forward:

2)Passport Photos - Photographer came and took pics of the babes. Ravi was fine with this but Zora did not enjoy having her hands held down to get a good shot but we finally got usable ones. I paid 1000 Rps and received about 20 photos each as well as electronic copies (which were very useful for the FRRO online application. 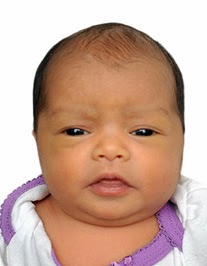 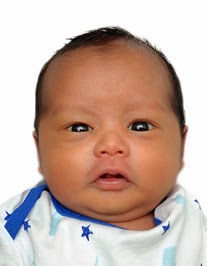 
3)Pay Final SCI Bill and receive Documents - I had SCI make 2 physical copies (1 for the US embassy and 1 for FRRO) and an electronic copy. SCI was a huge help in making sure all the documentation was correct and copied appropriately.

4) Passport Application/DNA Test at US Embassy - Passport App was about $205 each and the DNA sample cost 1600Rps each (Bank draft was not necessary, but preferable). Total time took about 2 hours.

5) Pick Up Passports at US Embassy - After 4 business days I got the confirmation that I am the fathe rof these children. Whew! You never know, ya know. It was a big relief, because I knew once I got their passports we would be close to the end. US Embassy gave me emergency passports good for 1 year.

6)FRRO - I came here right after picking up the passports. It is advisable to make your appointment ASAP as they let you in based on your appt time allotted, although they will let everyone in after 1:30 as thats when things die down. They first told me they wanted to re-verify my application (I think it was slight harassment for being single and assumed as LGBT). They threatened that it would take 10 days even though my flight was leaving 3 days from the date. After begging and pleading and letting them know I was "on the list", they told me to come back the next day. I went to SCI and they let me know that everything would be fine. I went to the FRRO the next day and got the exit visas without a problem. I was dealing with the same people but the treatment was like night and day. I just wanted to let singles and LGBT people know to be careful as the FRRO might mess with you, but as long as you are on 'the list' you should be fine.

Overall the process went well and smoothly. I am happy and grateful that SCI had prepared me well.

The Babes are just lovely. I am still in amazement that they are here and real. I was trying to explain that 'this surrogacy process' kinda consumes you for such a long time, it becomes a part if not all of you. It is weird to know that 'the process' is over, and parenthood begins.

I am so grateful to have them. Twins are really unbelievable. We try to keep them together because surprisingly enough, they tend to soothe each other. 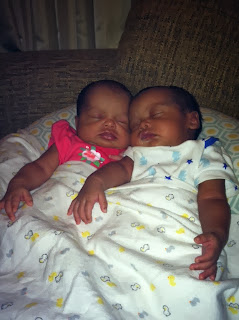 As you can see, Ravi has very long arms (just like his father). They both have 'mama' second toes longer than their 'papa' big toe, just like me as well. They definitely have my bigger lips and Ravi has my huge eyes. It is fascinating to see the similarities.


As I leave India...I must thank:
SCI for partnering with me to help create my two miracles Zora and Ravi
The blog family for their hope, inspiration, and abundance of information
My family and friends for their undying love and support 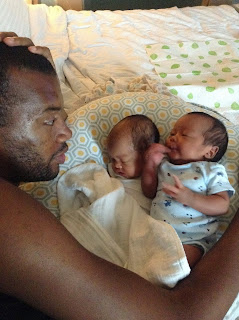 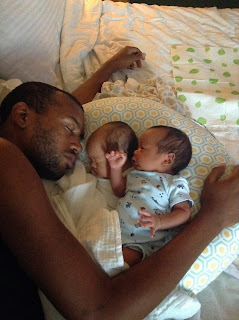 I think it is safe to say that life has gotten super busy and I probably won't be posting every week, but will try to get on here at least once a month to give updates. I hope this blog has helped others and I thank you for following me on this journey. Until the next feeding...